Don’t know where to start checking out SJ’s food scene? Tour guides take you through tastings at some of the neighborhood’s best locally-owned restaurants so you can find your next go-to spot.

“There is a lot more to New Jersey’s food scene than just Taylor Ham and pizza, and seven women – each running her own food tour – realized that they’d spread the word more effectively if they banded together.

Pre-pandemic, the women occasionally discussed tour strategies, viewing one another as allies and mentors, rather than competitors. Then, when the pandemic hit and their tours were suspended, the ladies formed the New Jersey Food Tour Trail.”

“When the effects of the coronavirus pandemic hit the hospitality industry in 2020, it not only closed restaurant dining rooms but put a stop to New Jersey’s food tours. But with restaurants up and running again, food tours are starting up, too. These tours invite food lovers to explore a town by enjoying its restaurants’ signature dishes and learning about local history.”

“Whether it’s a brunch-time stroll through Cape May‘s seafood specialists and authentic international eateries or a movable feast of Somerville’s international cuisine, New Jersey food lovers and visitors can experience it all through the New Jersey Food Tour Trail, a collaboration of food tours that operate in various regions throughout the state.”

New Jersey Food Tour Trail has an article in the 2021 Spring addition of Edible Jersey Magazine.    The trail is a collaboration of seven food tour companies from Northern to Southern New Jersey.  The tour companies that make up the trail are Beyond the Plate Food Tours, Cape May Food Tours, Have You Met Newark, On the Town Food Tours, Savor and Stroll Culinary Tours, Sister Cities Food and Shop Tours, and Taste of Asbury Food Tours. 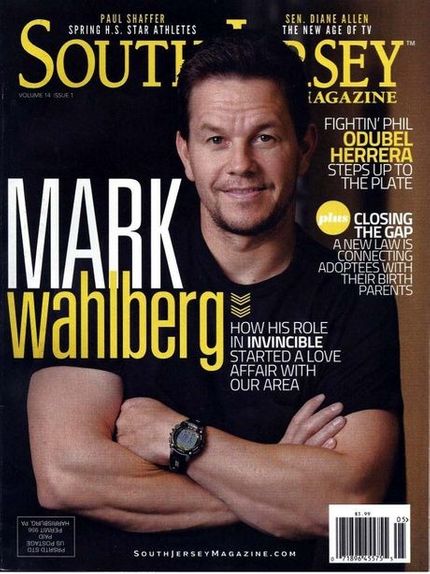 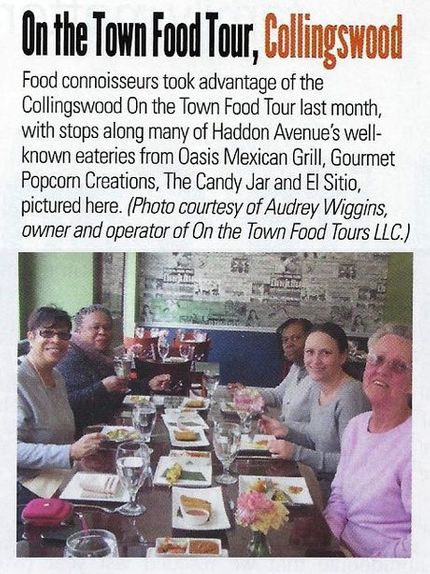 The New Jersey Food Tour Trail is a collaboration of food tours that operate in various regions throughout the state. The joining of tours was developed for tourists to create their own trail in an effort to “eat their way” throughout New Jersey.    The New Jersey Food Tour Trail hopes tourists, even in their own backyards, get the chance to learn and explore all pockets of the state, while also taking a bite, or two, out of everything delicious there is to offer.

Tours that are involved are Beyond the Plate Food Tours, Cape May Food Tours, Have You Met Newark, On the Town Food Tours, Savor and Stroll Culinary Tours, Sister Cities Food and Shop Tours, and Taste of Asbury Food Tours.

Under the Lifestyle Category, Best Tour

With tours in Haddonfield, Mount Holly, Collingswood, Hammonton, and more, these three-hour excursions are much more than a trek through the neighborhood.  Not only will you sample delicious bites-and-beverages across town, you’ll also learn about the latest food trends and be treated to live demonstrations.

Walk through many downtown business districts and you’re sure to notice a cornucopia of cafes and restaurants.

Take a stroll with On the Town Food Tours, and you’ll sample dishes from many of those establishments. And the food is accompanied by a side of local history.

Operated by Audrey Wiggins, a marketing professional, the tours are designed to show people what local small businesses and their communities have to offer. Held on weekend afternoons, the three-hour tours highlight Bordentown City and Mount Holly, as well as Collingswood and Haddonfield.

Wiggins leads diners through the downtown areas, while a historian points out places of interest.

In Mount Holly, a one-room school house and the country’s oldest firehouse are visible from High Street. And some stops are housed in landmark buildings, such as the Red White & Brew liquor store, located in a former fire station. Colonial-era Quaker buildings also are featured on both Burlington County tours, among other historical points.

The culinary experience served on each of the tours also is unique to each town.

The Vault is known for its wood-fired Napoletana-style pizza, as well as its freshly made dough and mozzarella cheese. Belardo serves tourgoers his most popular pizza, Margherita, and one of his most unique, Fig Jam. The latter pizza features imported fig jam, prosciutto di Parma, fresh homemade mozzarella cheese; imported calciocavallo, fontina, and gorgonzola cheeses; basil, olive oil and a drizzle of honey.

“Everyone gets a couple of slices,” said Belardo.

Gian Belardo, owner of The Vault restaurant in Bordentown City, said while many customers are reluctant to try new things, often sticking with familiar dishes, the tours allow diners to sample some unique dishes that they might not otherwise order from the menu, possibly introducing them to new favorites.

In Mount Holly, the tour begins on Washington Street at Ott’s Downtown Pub & Grill with a flatbread pizza before moving on to Ray’s Deli & Café, where specialty grilled cheese sandwiches and pancakes stuffed with apples and cinnamon are served.

“The food culture here (in Mount Holly) tends to be very American,” said Wiggins. “We’re at each place for about 20 minutes.”

Next up is Robin’s Nest Restaurant on Washington Street, which features a trio of signature soups. During the summer months, the trio includes two hot soups and one cold soup. On a recent afternoon, Chilled Blueberry was on the menu, alongside Filet Mignon and Potato; and French Onion soup, which the staff said is always part of the tour.

“I had a (cold) strawberry soup with whipped cream on top. It was sweet and savory,” she said.

After tasting wine, Wiggins said, diners are encouraged to walk around the gallery to view works on display.

The Mount Holly tour also stops at the Mug Shot Diner and Vincent’s Homemade Ice Cream, where diners can choose a scoop of their flavor choice.

Meanwhile, the Bordentown City tour stops at six locations in the downtown business district, including The Vault. Other participating establishments are Toscano Ristorante, Under the Moon Café, Blue Moon Olive Oil & Vinegars, The Cake Box by Neeima and Smylie’s Icre Cream Shop II.

Wiggins said guests on the Bordentown City tour can expect to sample Italian tapas and street food, Spanish meats and cheeses; and an international selection of olives oils and vinegars. And there’s homemade cupcakes and artisan ice cream for dessert.

On all tours, Wiggins said, “we can accommodate people who have (food) allergies.”

Restaurant owners are hoping the tours motivate diners to become repeat customers. In addition to food, Belardo said a memorable atmosphere can also draw people back in. The Vault’s décor, for example, pays homage to the space’s past as a bank by incorporating elements of its history, such as the walk-in vault that’s been left in place to serve as a focal point.

Upcoming tours in Bordentown City will run Saturday and Aug. 29. In Mount Holly, a tour is scheduled for Aug. 22. A complete schedule can be found on the Food Tours w5yhebsite at www.onthetownfoodtours.com

Tickets can be purchased online. The cost is $55 for the Bordentown City, Mount Holly and Haddonfield tours, which all run three hours. The two-hour Collingswood tour is $38.

Local walking tours are highlighting downtown cuisine in Bordentown City and Mount Holly.
On The Town Food Tours recently debuted in Burlington and Camden counties, offering opportunities to socialize and sample on select Saturdays and Sundays. Running about three hours and led by an industry professional, the tours stop at a minimum of five restaurants and dessert spots in each location. 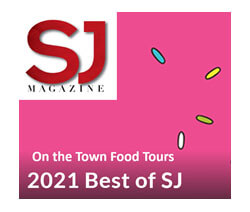 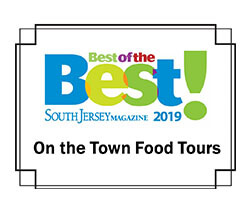 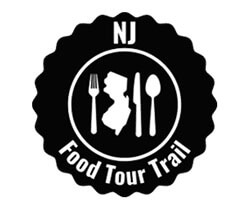 Pick a Tour
Back to the top